Surprising results were obtained in a study that investors in cryptocurrencies other than Bitcoin (BTC) are interested in.

In digital asset research shared by CoinShares on October 5 and based on a two-month period, it turned out that almost half of investors believe in the potential of Ethereum (ETH).

According to the research, 42 percent of investors believe that Ether has the highest growth potential among digital assets.

While 42 percent of investors say ETH has the highest growth potential, they cite the largest cryptocurrency Bitcoin with 18 percent as the closest name. 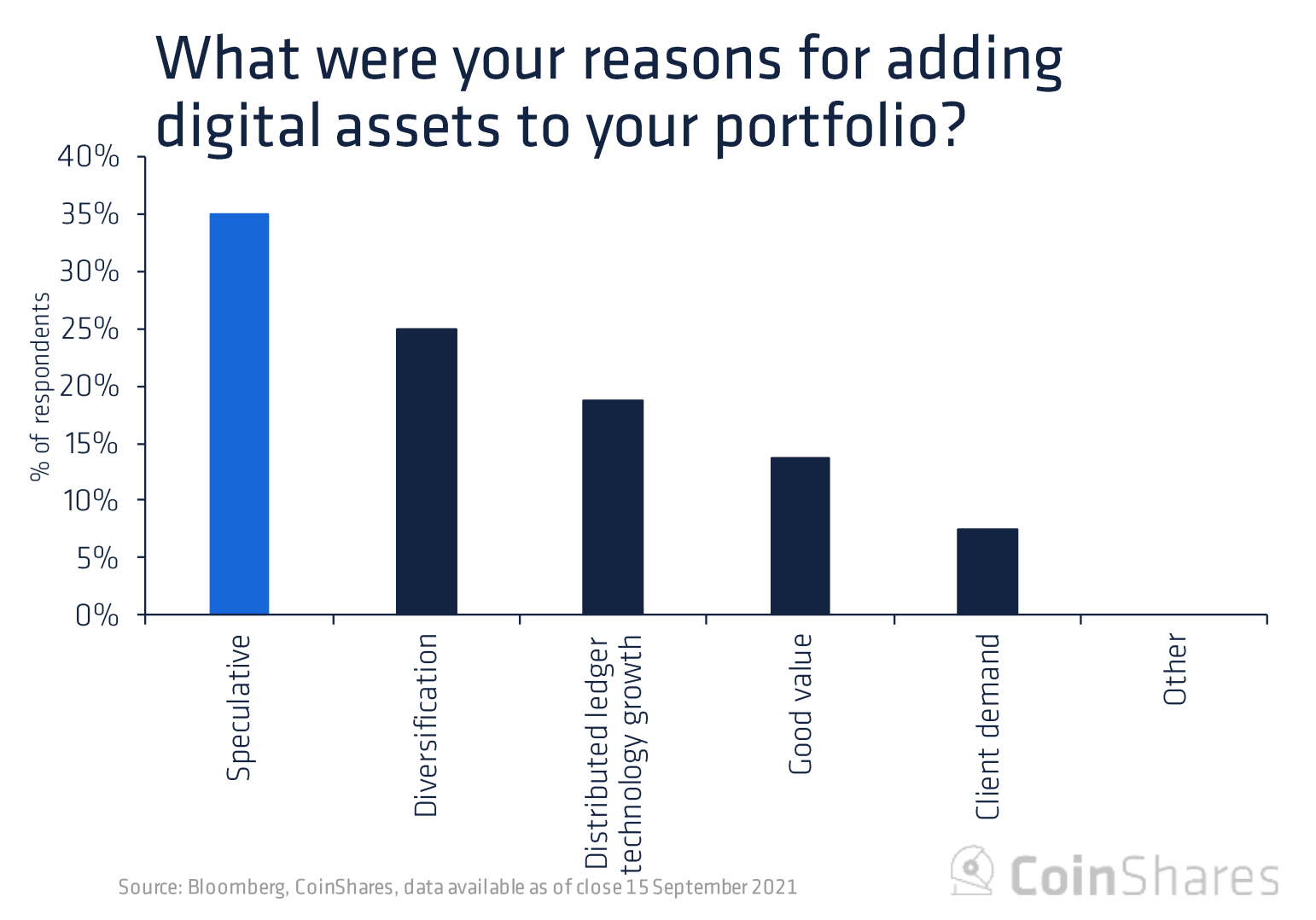 According to survey responses from investors with $ 400 billion in assets under their management, 35 percent of respondents generally view investing in digital assets as a “speculative move.” Another 25 percent have embraced cryptocurrencies as a portfolio diversification tool.

Again, nearly 25 percent say they invest because they believe in the growth of distributed ledger technology (DLT), while less than 10 percent say they turn to investing in digital assets due to customer demand. .

Respondents, who said they did not invest in cryptocurrencies, cited government non-regulation as the reason.